Welcome to our first Newsletter for 2014. A subject we are frequently asked about is what are the insolvency and bankruptcy statistics doing and what inferences can be gleaned from them. During the course of the calendar year we will be providing a regular commentary on movements. Set out in this article are graphs for NSW and Australia for corporate insolvencies and personal bankruptcies / personal insolvency agreements (“PIAs”) during the period 2010 to 2013 inclusive. Some key observations are:
Corporate Insolvencies 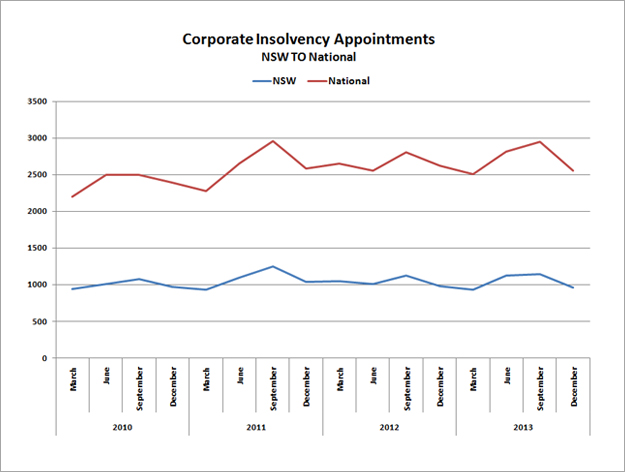 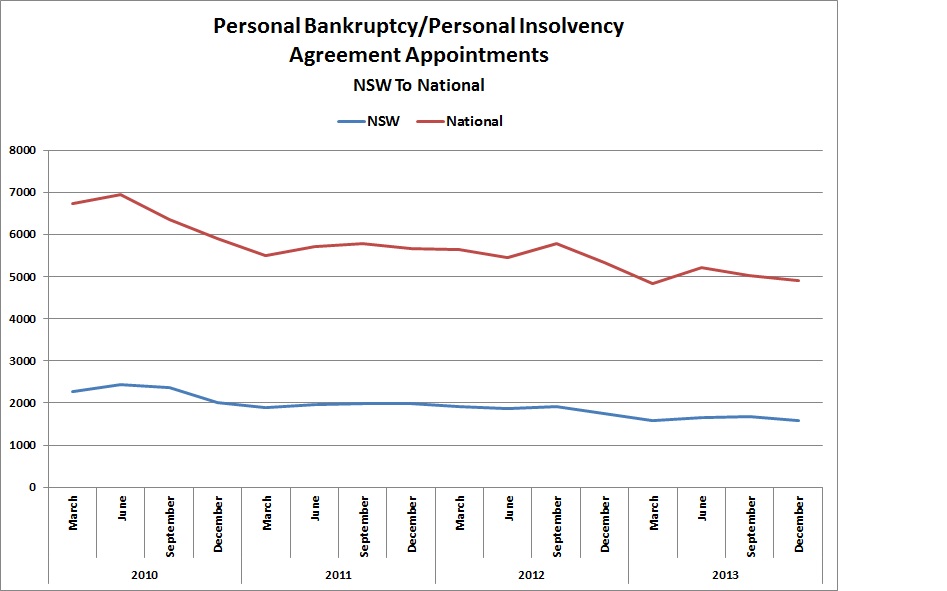 It will be interesting to monitor the numbers as the year unfolds as to where they may head and what inferences can be taken from them about correlations with the overall state of the national economy. Whilst there appear to be several economic challenges ahead (for example a notable decline in business capex spending) we generally feel that insolvency and bankruptcies levels are likely to remain flat throughout 2014.