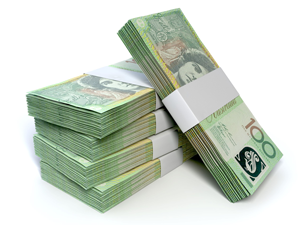 A question that is frequently asked by an individual that may be contemplating bankruptcy is what happens to the income they earn during bankruptcy. In short, the Bankruptcy Act 1966 (“the Act”) provides that the individual is assessed regarding the requirement to pay compulsory income contributions for each year of their bankruptcy. Given that the general term of bankruptcy presently is three (3) years, then typically the individual would be assessed for each year. Other discussions then flow from this question, in particular what are they able to do with monies after payment of any compulsory income contributions?

A bankrupt may be assessed by their bankruptcy trustee as being liable to make income contributions to his/her estate based on a formula in accordance with the provisions of the Act. To summarise, the level of income contributions is half (or 50%) of the difference between after-tax income and the bankrupt’s assessed threshold. The balance (being the remaining 50%) of after-acquired income is retained by the bankrupt.

For example, if a bankrupt acquired shares in a company (listed or private) with afteracquired income, do the shares vest in the Trustee, (ie do they become after-acquired property)?

A simple example such as this has been the subject of uncertainty until recently. In Rodway v White [2009] WASC 201 it was held that the shares were after-acquired property and thus vested in the trustee. This was the belief of practitioners, especially as other authorities were of the same view.

However, in the recent case of De Santis v Aravanis [2014] FCA 1234 it was held that any property acquired by a bankrupt with after-acquired income does not vest in the bankruptcy trustee. So the shares do not vest in the Trustee.

Who is right? Current law

In the more recent Federal Court of Appeal case of Di Cioccio v Official Trustee in Bankruptcy [2015] FCAFF 30 (Di Cioccio) it was held that the shares and other property do vest in the Trustee. Mind you, this ‘complex’ matter was decided on appeal.

So, we are now back to square one and trustees/creditors can smile and bankrupts are left scratching their heads. Why do I say this?

Bankrupts reasonably argue that if it is exempt income then why can’t they deal with it as they please. Isn’t rehabilitation one of the main purposes of bankruptcy? We all makemistakes and bankrupts should be given an opportunity to get on with their lives and plan for the future by being allowed to save exempt income. Double dipping is not fair.

Unfortunately, Di Cioccio is the ‘current’ law and possibly the basis of needed law reform.

So can a bankrupt just save his/her income or spend on expenses but not on assets? As to spending, it is bizarre in that bankrupts can spend as much as they like on the high life as long as they don’t buy assets or possibly save too much.

In Re Gillies; Ex Parte Official Trustee in Bankruptcy v Gillies (1993) 42 FCR 571 it was held that accumulated non-contributable income/savings did not become afteracquired property.

However, in the recent decision of Di Cioccio it “appears” that the Federal Appeal Court held that such savings did vest in the trustee, subject to section 134(1)(ma) of the Act. This section of the Act indicates that a trustee may allow withdrawals which he/she thinks are just. The trustee is to act sensibly and fairly in this regard.

I say “appears” because Bankruptcy Trustees, Regulators and lawyers are currently examining this decision and its consequences. If ‘surplus’ savings do vest in a trustee, is this fair? I don’t believe so.

Di Cioccio is authority for Bankruptcy Trustees being entitled to assets acquired with exempt income. It may also be authority that ‘surplus’ savings are also vested in the trustee.

It would seem that further legislative guidance ought to be strongly considered because the uncertainty at the moment does not provide the clarity that stakeholders, principally the individual and creditors are looking for. Needless to say it is a complex area and individuals should ensure they get the right advice about what it means for them.